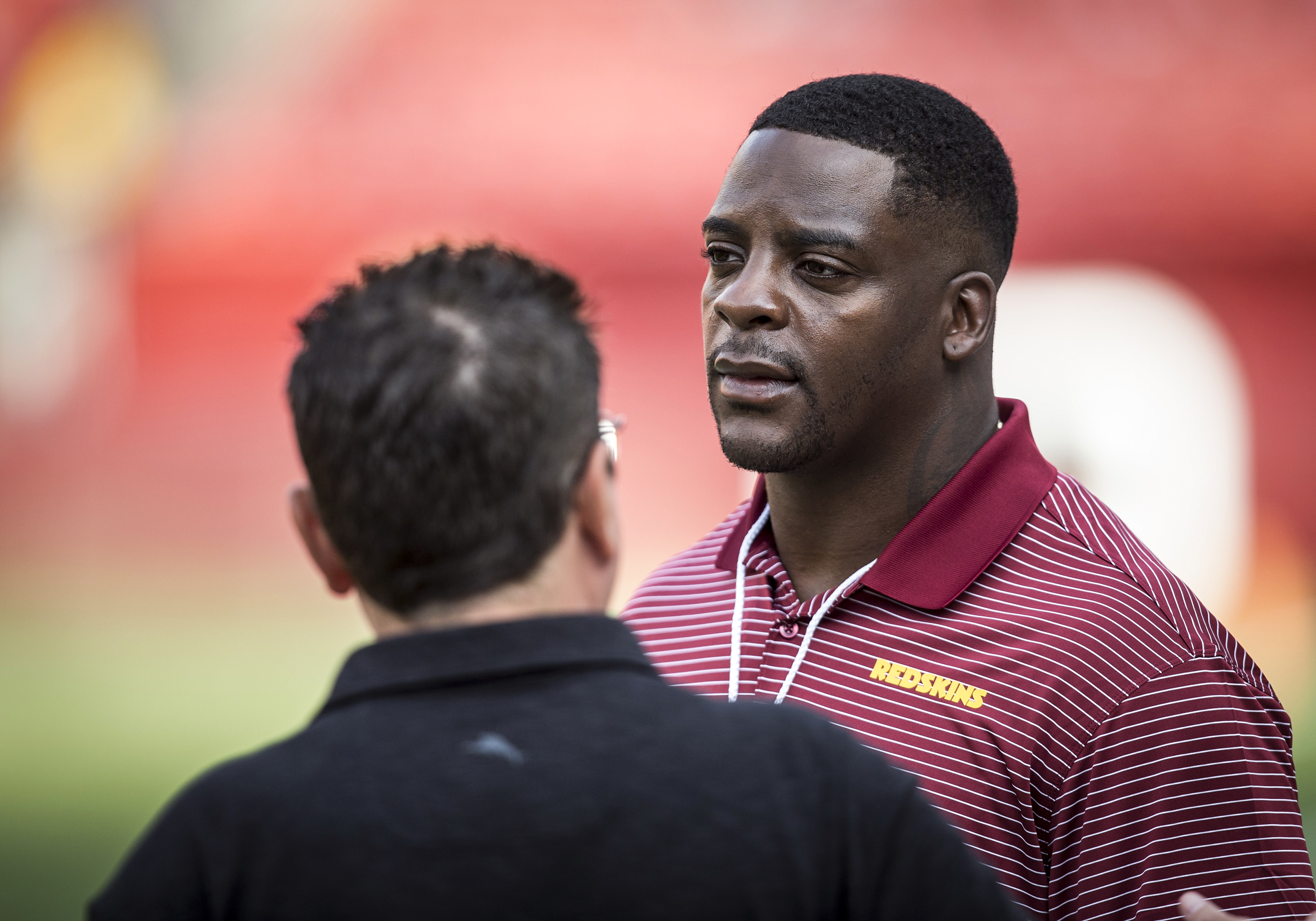 Portis, 40, of Fort Mill, South Carolina, a leading rusher for the Denver Broncos and the Washington Football Team in the 2000s, pleaded guilty Friday to conspiracy to commit health care fraud. He agreed to pay full restitution, the Justice Department said in a statement.

Officials said Portis "caused the submission of false and fraudulent claims to the Plan on his behalf over a two-month period, obtaining $99,264 in benefits for expensive medical equipment that was not actually provided."

The former NFL players acknowledged that they participated in a scheme to defraud the Gene Upshaw NFL Player Health Reimbursement Account Plan.

The program, which was established by the NFL's 2006 collective bargaining agreement, provided for tax-free reimbursement of out-of-pocket medical care expenses incurred by former players, their spouses and their dependents that were not covered by insurance.

The scheme "resulted in approximately $2.9 million in false and fraudulent claims being submitted to the Plan and the Plan paying out approximately $2.5 million on those claims between June 2017 and April 2018," authorities said.

Attorneys for Portis, Vanover and McCune could not be immediately reached for comment Tuesday afternoon.

Portis, Vanover and McCune were among 10 defendants indicted in U.S. District Court for Eastern Kentucky in December 2019, officials said. Since the indictment, five more retired NFL players have been charged. A total of 15 defendants, officials said, have pleaded guilty.

Portis is scheduled to be sentenced Jan. 6; Vanover's sentencing is scheduled for Jan. 22. They both face up to 10 years in prison, officials said.

Portis, a two-time Pro Bowler, was drafted by the Broncos in 2002 and played two seasons in Denver, then went on to spend seven seasons with the Washington franchise. Vanover spent most of his career with the Kansas City Chiefs. McCune had short stints with multiple teams.

She promised to change the medical world. Now Elizabeth Holmes could face 20 years...

Michael K. Williams had been open about his struggle with drug addiction

‘It’s so normalised you think it’s part of your job’: the...

According to the tyre industry body, natural rubber (NR) consumption is expected...

Changing tastes and the challenge from new Chinese rivals are forcing US and European...

Gabby Petito's remains confirmed, and manner of death was...

Petito's remains were found Sunday at a campground in Bridger-Teton National Forest,...

Luchiano Lewis, 16, who pleaded guilty to second-degree murder, will be sentenced...